The main differences between ink tank printers and traditional cartridge printers resides in one simple fact: how each one stores the ink it will use to print out your documents. An ink tank printer doesn’t have a built-in print head, instead, it uses separate tanks for each of the three colours: magenta, yellow, and cyan, plus one more for black ink, which delivers the stored ink directly to the printer.

On the other hand, ink cartridge printers do have a built-in print head on each cartridge, which are shaped like boxes that contain ink in its liquid form. Cartridges are usually manufactured separately, as independent parts of the printer, although they must be placed inside of it to perform the actual printing.

There are two main types of cartridge printers. One uses only a single cartridge that contains the three colours plus black, and the other which uses separate cartridges for each colour as well as black. The benefit of the second option, with its individual cartridges, is that if one of them runs out of ink, you can easily replace only that colour cartridge and continue printing, whereas, with the one cartridge option, you have to replace all of the colours even if only one of them has run out.

The Pros And Cons Of An Ink Tank Printer

One of the benefits of a cartridge printer vs. an ink tank printer is in the amount of money you will have to spend initially as compared to how much you can save over the long run. Keep in mind that the cost of any printer will be offset by how much it costs to print a single document. Let’s take a look at some of the pros and cons of ink tank printers:

The Pros And Cons Of Traditional Ink Cartridges

Which Printer Is Best: Ink Tank Or Cartridge?

The best printer is the one that suits your needs the most. When choosing the printer you want to buy, keep in mind the number of documents you habitually require, as well as how often you will be using your new printer. If you’re looking to save money, printer rentals are a cost-effective option for small business owners and those who work from home.

With over 35 years of experience, Busys.ca offers ink and toner replacements and refills, as well as printing paper for your everyday business needs. Don’t hesitate to contact Busys today to learn more about whether an ink tank printer or traditional cartridge printer is best for you.

Get a free on-site consultation!

READ WHAT CLIENTS HAVE TO SAY ABOUT BUSYS.CA

Thanks for Reaching Out!

We’re thrilled to hear from you. One of our colleagues will get back to you shortly.

Have a great day!

As a thank you to all of our customers, Busys.ca is offering 20,000 FREE black & white prints and a $300 FREE VISA card on any NEW copier that you lease or purchase.

To claim your promotional offer, request your no-obligation online quote by clicking here! 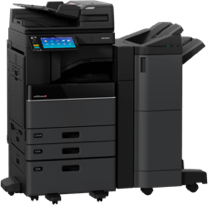 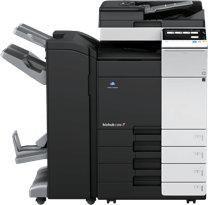